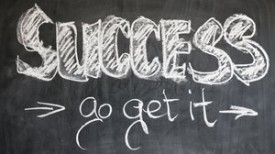 I was talking with a business owner friend, Bob, the other day. He’d recently made the decision to NOT do business with a company he was considering.

That’s not so uncommon.

What was interesting was the REASON Bob wasn’t going to become a client.

Here’s how it played out:

This company had something Bob needed.

Bob attended a webinar to learn more and kick the tires. He really liked what he saw.

Wondering how to go from 5 to 6 figures in sales? Check out this Free eBook: http://ebook.solidsixblueprint.com/solid-six-ebook/

Next, a salesperson called to follow up and see if he’d gotten value from the webinar. He had!

Then, the salesperson said he would send Bob some more information and if he ever needed anything, he should just call them up!

And, then they hung up.

And, Bob was left hanging…

…he felt a bit lost about what they should do next. And then he realized, if this is a company that doesn’t even know how to ask for the deal, how are they running their other business operations?

He was also pretty annoyed that this company had wasted so much of his time in an effort to bring him value.

This salesperson had Bob’s attention, he had his interest, he was a qualified buyer. But, he just couldn’t ask for the deal – and Bob lost faith in the company’s ability to do business.

Go out, ask for the business, and…

Want to get my FREE Irreverent Tuesday newsletter? It’s got the best stuff of the week, especially for subscribers! Sign up here: https://www.facebook.com/IrreverentSales/app/100265896690345/

Send me the GOOD stuff

Got sales problems? Oh yes you do.

Get answers to your specific sales questions by emailing salesgirl@irreverentsalesgirl.com.

View past questions to the Irrereverent Sales Girl

What I’ve Been Tweeting

Find out how the immutable storage and full data recovery #ransomware protection solution from #MSPartner @PanzuraNews hosted on Microsoft #Azure can keep your data safe from bad actors and corruption events: msft.it/6012barAI pic.twitter.com/Vsrx…

Bringing a Dash of Dignity to the Art of Selling